Clay Shirky on Tech and the Internet in China 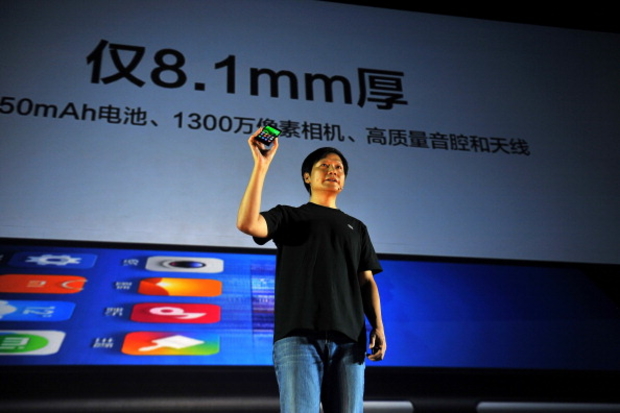 In this episode of Sinica, Clay Shirky, the author of Here Comes Everybody who has written about the internet and its effects on society since the 1990s, joins Kaiser and Jeremy to discuss the strengths and weaknesses of China’s tech industry and the extraordinary advances the nation has made in the online world.

The hour-long conversation delves into the details and big-picture phenomena driving the globe’s largest internet market, and includes an analysis of Xiaomi’s innovation, the struggles that successful Chinese companies face when taking their brands abroad and the nation’s robust ecommerce offerings.

Clay has written numerous books, including Little Rice: Smartphones, Xiaomi, and the Chinese Dream in addition to the aforementioned Here Comes Everybody: The Power of Organizing Without Organizations. He is also a Shanghai-based associate professorwith New York University’s Arthur L. Carter Journalism Institute and the school’s Interactive Telecommunications Program.

In Italo Calvino’s novel Invisible Cities, Marco Polo regales Kublai Khan with tales of his travels, musing about the strange poetry of each city and their intersections with memory and selfhood. These cities, in actuality, are not quite real, and whether we are to suspend our disbelief is not clear. As Marco Polo would have it, it’s the space between fantasy and reality from which one gleans the most insight. Regarding the city of Penthesilea, he asks, “Outside of Penthesilea, does an outside exist? Or, no matter how far you go from the city, will you only pass from one limbo to another, never managing to leave it?”

The artist Cao Fei has cited Invisible Cities as a reference point for her short film, “La Town,” which surveys a mysterious city in the throes of post-apocalyptic destitution. La Town is an amalgamation of many places, with its German grocery store, bombed-out McDonalds, and supernatural creatures: a giant octopus appears to have made its way through a window; Santa’s reindeer lay prone on a set of train tracks. The city is built of tiny plastic toys and models, scuffed and bloodied until they lose the inherent charm of being miniature. Two invisible narrators argue back and forth — in French — about the reality of experience, recalling the dialogue between the protagonists of the Alain Resnais 1959 film, Hiroshima Mon Amour, whose memories may or may not be founded in truth. “The illusion, quite simply, is so, so perfect,” says a woman’s voice in Cao’s film. “You saw nothing in La Town,” a man’s voice replies. “Nothing.” END_OF_DOCUMENT_TOKEN_TO_BE_REPLACED

How China is changing your internet

Professor Helen Margetts, Director of the Oxford Internet Institute and Professor of Society and the Internet, University of Oxford gives a talk on social media and how it can shape collective action.

The internet and social media bring political change, allowing ‘tiny acts’ of political participation which can scale up to large-scale mobilisation of millions – but mostly fail.These new forms of mobilisation increase instability and uncertainty in political systems, challenging policy-makers in both democratic and authoritarian regimes. But they also generate new sources of large-scale data.

Drawing on research carried out for the new book Political Turbulence: How Social Media Shape Collective Action (Margetts, John, Hale and Yasseri, 2015, Princeton University Press), this lecture discussed how social media is changing political systems – and how data science tools and methodologies might be used to understand, explain and even predict the new ‘political turbulence’. Meitu, one of the world’s most popular beauty apps, is based in Xiamen, in China’s southern Fujian province. (Emily Rauhala/The Washington Post)

XIAMEN, China — The selfie, we all know, is an art form. That cast of light. That tilt of the chin. Not that you’re trying.

But at the southern Chinese headquarters of Meitu, the maker of some of the world’s most popular beauty apps, the selfie is also science.

Here in the company’s sparse, oh-so-start-up offices, tables of 20-somethings are using facial recognition and 3-D modeling to build a suite of apps that, quite literally, transform.

Their eye-widening, skin-lightening, chin-narrowing photo apps and “beautifying” video platform are ubiquitous in China, downloaded a billion times in total, according to the company. They are known by fans as “zipai shenqi,” or “godly tools for selfies.” END_OF_DOCUMENT_TOKEN_TO_BE_REPLACED

The show includes Xiao Lu’s ‘Dialogue’, which caused the closure in February 1989 of the exhibition China Avant/Garde after the artist fired a gun at the mirrored phone booth

She: International Women Artists Exhibition (until October 30), showing 108 works by 100 female artists from 13 countries, opened at Long Museum Shanghai’s West Bund location last Friday. Curated by Wang Wei, the museum’s director (and who along with husband Liu Yiqian is one of China’s top collectors), the exhibition was four years in the making and its four sections span ten centuries. The earliest work is calligraphy by the Southern Song-era artist Yang Meizi, while pre-modern China is represented through a painting by the Dowager Empress Cixi, followed by a section of mostly early Chinese Modernism and Maoist work.

Lin Tianmiao’s 2014 whimsical carpet ‘Protruding Patterns’, adorned with epithets about women in Chinese and English, unfurls over the basement level

Drawn mostly from Wang and Liu’s extensive collection, the show is comprised largely of contemporary work, with international artists like Yoko Ono, Tracy Emin and Louise Bourgeois sharing space with Chinese trailblazers such as Xiao Lu, Lin Tianmiao and Duan Jianyu. Bourgeois’ 2003 massive metal Crouching Spider occupies Long’s atrium, with Ono’s 2015 wobbly staircase To See the Sky placed nearby. Lin’s 2014 whimsical carpet Protruding Patterns, adorned with epithets about women in Chinese and English, unfurls over the basement level. Xiao’s Dialogue, which caused the closure in February 1989 of the exhibition China Avant/Garde after the artist fired a gun at a mirrored phone booth, is awkwardly positioned towards the back, between cartoonish renditions of cockatoos and children. Many a stereotypical feminine piece is juxtaposed with powerful conceptual work by undisputable stars.
“I have great respect for women artists because they face a lot of difficulties. They create art to influence society,” Wang Wei said at a press conference before the opening ceremony, which included a fashion show of designer cheongsams, the tight-fitting Chinese dresses that became popular in the 1920s and 30s. “I hope the exhibition can make both men and women rethink women’s position in society. A lot of young women artists are shown here,” including rising Chinese talents Guan Xiao and Cui Xiuwen. “They create this new era.”

Of Long’s 20 solo shows since its 2012 opening, none have focussed on women artists, though showcases of the Chinese sculptor Xiang Jing and the painter Yu Hong are respectively scheduled for 2017 and 2020. Asked about the disparity, Wang said: “It hasn’t been many—but we have had a few women artists in group exhibitions before, and are hoping to see more in the future.”